This newsletter is an experiment of sorts: Doc and I email each other weekly, with you lovely people bcc’d. Please hit reply if you’d like to talk to me about anything I cover below. Also 🎉 this email is going out to 300 people. Thanks for sticking with us, those of you who have! 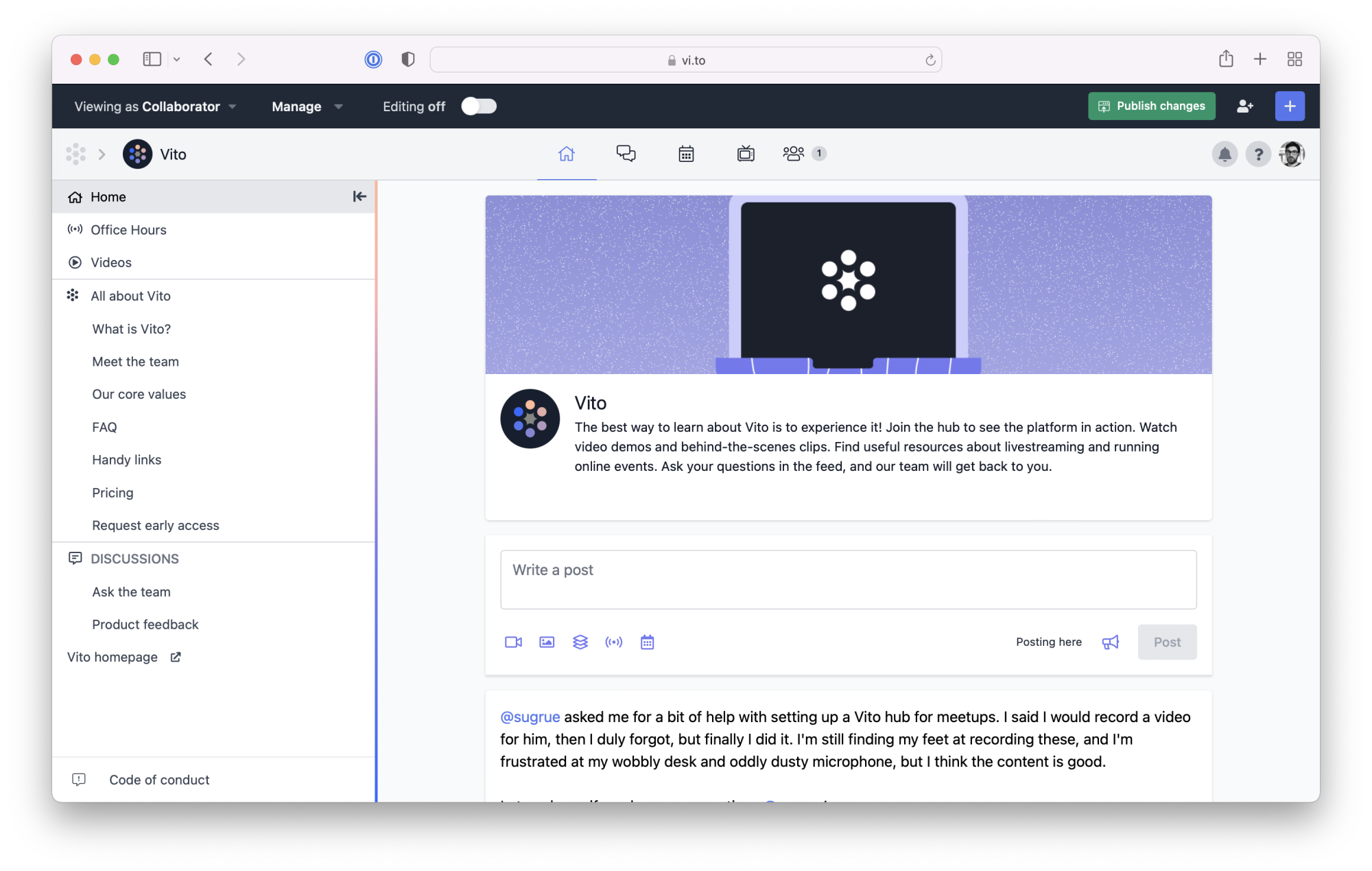 There’s still so much to do. Last week, I shipped a first iteration of billing. Folks can actually pay us with real money, automatically.

It's amazing. I don't have anything immediately urgent to code up.

I will admit that in the last few days, I've had a growing sense of anxiety. This is so counter-intuitive, because we've crossed into unfamiliar territory. It feels like every moment of the last 5 years we have been on the back-foot, waiting to ship something big. Our mutual friend Michael Lopp * has a book called Small Things Done Well. You know it because you made the website, which is a small thing, done well.

That's where we're at with Tito, Vito and this company. There aren't any urgent big things. Just a lot of small things. And they will add up, but we've spent so long hiding speculative big things in the future, that we need to reprogram ourselves to really iterate and celebrate. Lots of small things. Done well.

So we're into a new era: make things, talk about it. Rinse, repeat.

P.S. * I had the pleasure of spending time with Michael in person over the last weekend. Apart from the unwavering reinforcement that spending time in-person is irreplaceable, he mentioned that he once viewed the source on the Funconf III website and his mind was blown, and that's the part of his memory that you reside in. Nice.

You received this email because you subscribed to our list. You can unsubscribe at any time.